The qEEG, however, is not appropriately used in the detection of seizure activity. The EEG analog signal is digitized and the information saved to a hard disk. Once the data has been saved to a permanent record, it then becomes possible to develop concepts, conduct statistical analysis on the wave forms and compare individuals to a normative databases on the selected variables. The wave forms are analyzed according to a period of time, called an epoch, and the waves that have occurred during that time period are analyzed. Historically, the frequencies have been divided into 5 groups: Delta (0-4 Hertz); Theta (4-8 Hertz); Alpha (8-13 Hertz); Beta (13-32 Hertz); and gamma (32-64 Hertz). The following figure visually presents how these frequencies will appear on a qEEG recording. The descriptions are simplifications. 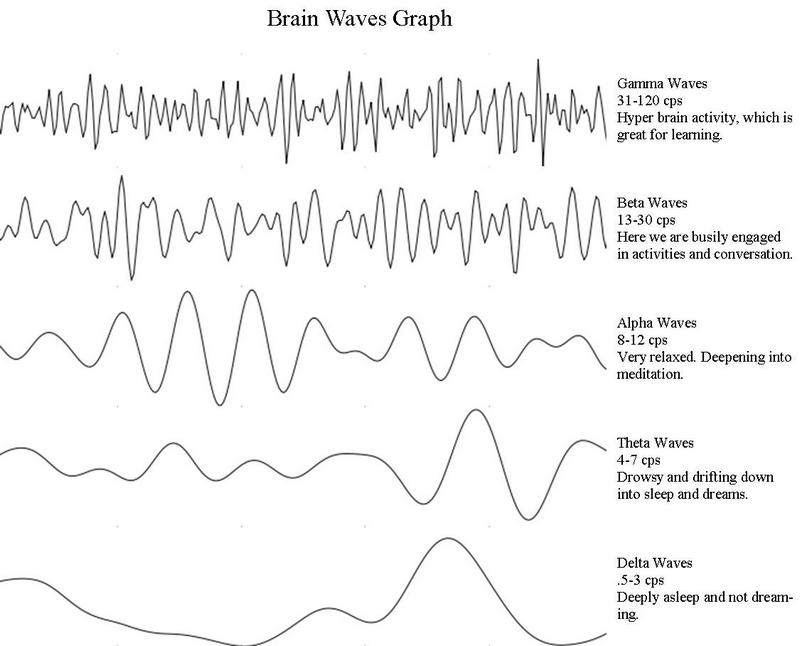