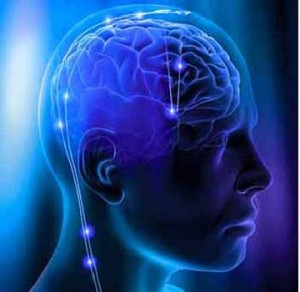 Stanford neurophysiologist Karl Pribram has also become persuaded of the holographic nature of reality. Pribram was drawn to the holographic model by the puzzle of how and where memories are stored in the brain. For decades numerous studies have shown that rather than being confined to a specific location, memories are dispersed throughout the brain. In the 1960s Pribram encountered the concept of holography and realized he had found the explanation brain scientists had been looking for. Pribram believes memories are encoded not in neurons, or small groupings of neurons, but in patterns of nerve impulses that crisscross the entire brain in the same way that patterns of laser light interference crisscross the entire area of a piece of film containing a holographic image. In other words, Pribram believes the brain is itself a hologram.

Pribram’s theory also explains how the human brain can store so many memories in so little space. It has been estimated that the human brain has the capacity to memorize something on the order of 10 billion bits of information during the average human lifetime.

The storage of memory is not the only neurophysiological puzzle that becomes more tractable in light of Pribram’s holographic model of the brain. Another is how the brain is able to translate the avalanche of frequencies it receives via the senses (light frequencies, sound frequencies, and so on) into the concrete world of our perceptions. Encoding and decoding frequencies is precisely what a hologram does best. Just as a hologram functions as a sort of lens, a translating device able to convert an apparently meaningless blur of frequencies into a coherent image, Pribram believes the brain also comprises a lens and uses holographic principles to mathematically convert the frequencies it receives through the senses into the inner world of our perceptions.

Dr. Thornton’s research has demonstrated that memory functions via interactions of frequencies involving varying locations, according to the task.