The second approach, called eyes closed database approach, analyzes the subject’s qEEG values under an eyes closed condition (or simple eyes open visual and auditory attention conditions) and compares the subject’s values to an appropriate normative database. In this situation the subject sits in a chair with their eyes closed and the qEEG data is collected. The subject is requested not to go to sleep or to think of anything in particular. The frequency range typically is not collected above the 32 Hertz range. The assumption behind this approach is that under task conditions the patterns will remain roughly the same and that deficits observed under the eyes closed condition will be related to the qEEG values during activation conditions. This assumption has been proven to be false (Thornton & Carmody, 2009).

The third, called an activation database approach, requires the subject to engage in cognitive challenges and examines the subject’s response (in comparison to the activation database of normal individuals) on the variables that are critical to success at the task. In the activation condition, the subject undergoes cognitive challenges which are particularly difficult, in order to avoid a ceiling effect. A ceiling effect occurs when the items are so easy that everyone is able to successfully accomplish the task and thus it is impossible to distinguish between who is a good performer on the task and who is not. The activation database employs a frequency range up to 64 Hertz, which offers considerable advantages in certain clinical situations.

In our opinion, it is this last approach which offers the most compelling logic of approach and documented evidence of effectiveness. The next figure shows evidence of this problem.

The over-all conceptual approach is that the brain is a holographic system. The CAR model, flashlights and processing units are components of the system that we are trying to understand. 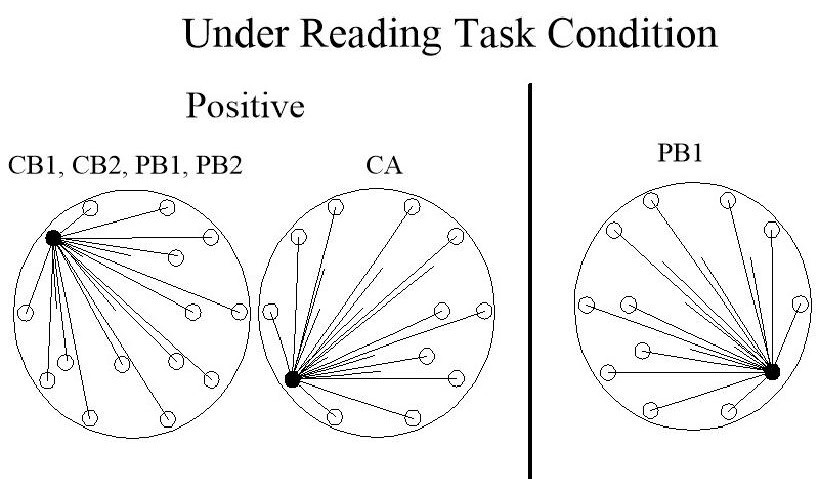