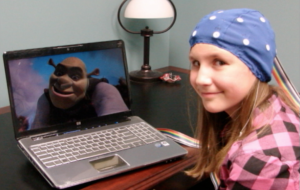 Dr. Thornton sets up a number of priority treatment protocols to engage the subject in. The electro-cap is placed on the head and certain locations and frequencies are chosen for the intervention. It is not necessary to set up all of the 19 locations at this point. During the sessions, values on five qEEG variables are collected although only one variable is the focus on the intervention. This allows for examination of the “spread” effect, which shows that an intervention in one frequency can have effects on other frequencies involving those locations.

Dr. Thornton monitors the progress and continues to adjust the intervention protocols based upon the subject’s initial evaluation and his / her progress during the session. Intermittently, re-assessments of auditory and reading memory are conducted. Usually the initial evaluation can show many more “problems” than can be addressed with 40 sessions. However, the “spread” effect allows for improvement in variables not directly addressed in the interventions.

The subject engages in relevant cognitive tasks during the intervention, such as reading, listening to stories on a CD or problem solving. I do not engage the subject in computer games, as is the common practice in this area. The problem is the assumption of transfer of effect. The assumption that improvement in the EEG signal during a video game will transfer to reading or other cognitive tasks has not been proven. In addition, generally intervention studies indicate that a subject improves on the task that they are engaged in. This is the problem with interventions on the web, such as Luminosity.com. Thus, if we engage the subject in a reading task with the relevant qEEG variable being addressed, we should see improvements on that cognitive task.